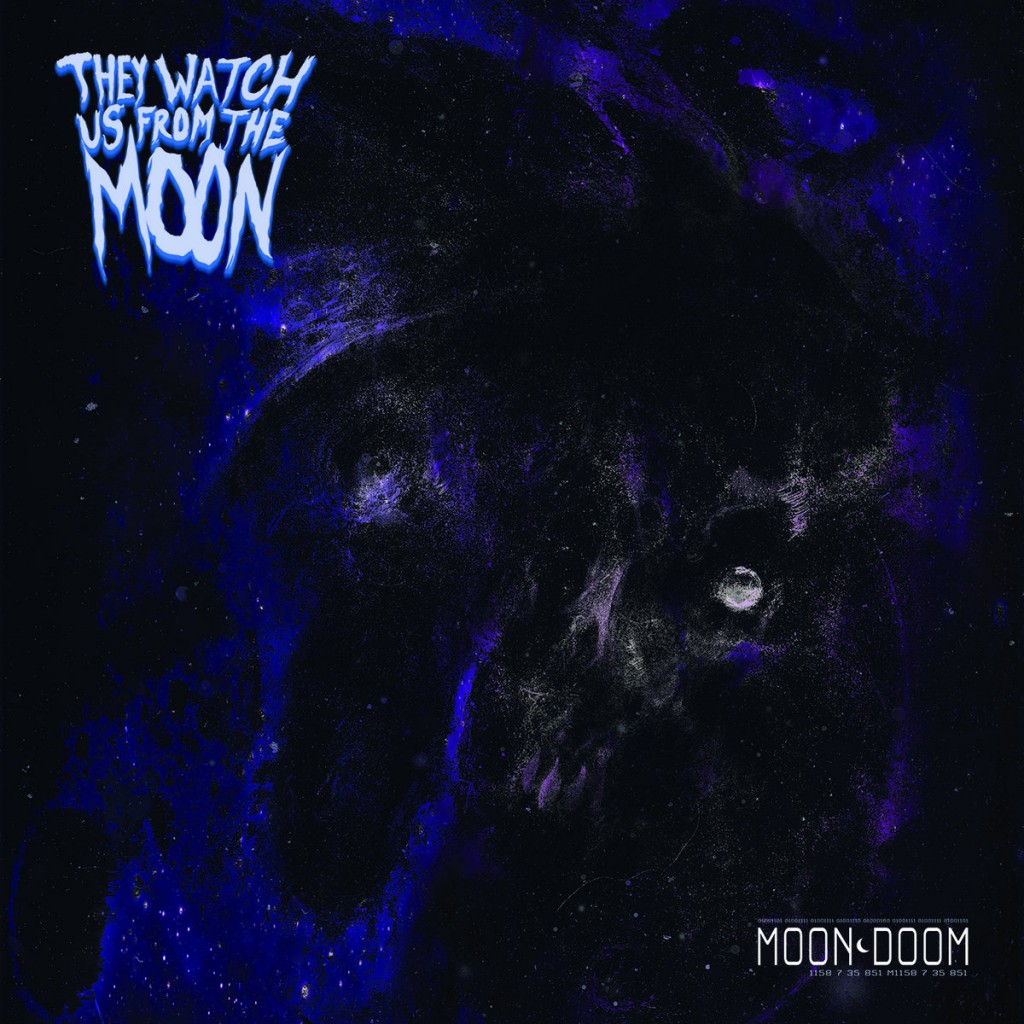 They Watch Us From the Moon
Moon Doom!
(Self-released)

There are quite a few bands in the Kansas City and Lawrence area working in the stoner/doom subgenre of metal, but none have committed to it quite as fully as Lawrence outfit They Watch Us From the Moon. The first track the band ever released is the same one that kicks off their live shows, as well as this EP, and it’s a nearly 12-minute cut entitled “M.O.A.B.” That stands for “Mother Of All Bongs,” and it should tell you all you need to know.

If you could take the music that plays in a 16-year-old’s head while they watch invaders from outer space movies after smoking their sibling’s really good weed for the first time, it would sound like this: big, intergalactic riffs over lyrics which talk about mad-as-a-hatter conspiracy theories about “secrets kept from mankind.” It’s really quite glorious that this group of area metal lifers can do. The band features former members of Jumbo’s Killcrane, Truth Cell, Dark Matter, and Overture, but this is something beyond any of those former acts in terms of sheer audacity. Not for nothing did the band release their own comic book.

They Watch Us From the Moon are so heavy and so sludgy, but they’re melodic in a way that demonstrates a real thoughtfulness to song construction. These aren’t just seeing if the band can hold a riff to ponderous extremes — although guitarists The General Shane Thirteen and Mad Brad D. certainly know how to do that. Nor does the band look to seeing just how thuddingly deep drummer Angel Adrian and bassist Zakkatron can go. They temper all of this with vocalist Lunas Savve Aage’s soaring vocals, which can stretch out to extremes, while never vaulting into the overly-demonstrative. It’s theatrical, but it’s grand Guignol, not vaudeville.

All the tracks for Moon Doom were recorded with the band’s most recent vocalist, Lunas Savve Aage, who took over after their original singer, Sister Allison Grace, split to join JC & the Nuns. There is a version of “M.O.A.B.” with Sister Allison on vocals on the band’s Bandcamp and Soundcloud pages, and it’s just different enough to see what might’ve been for this album. The vocal differences are minor, as both women can wail, but Savve Aage’s throatier resonance works better for the band than Grace’s wider — but not as deep — range.

Streaming the album on Spotify means that the album is only three tracks — “M.O.A.B.,” “Creeper,” and “They Watch Us From … The Moon!” — whereas the Bandcamp download gets you “the full experience,” which includes three interludes. All of the interludes include weird, distorted NASA audio and droning electronics. If you’ve ever seen the band live, it’s similar to what plays right before they rip into their first song.

The band doesn’t have a lead singer at the moment and is currently looking for a new one, but in the meantime, the collection that is Moon Doom! serves as one hell of an introduction to what the band can do.

Categories: Music
Tags: album review, they watch us from the moon
Support Us