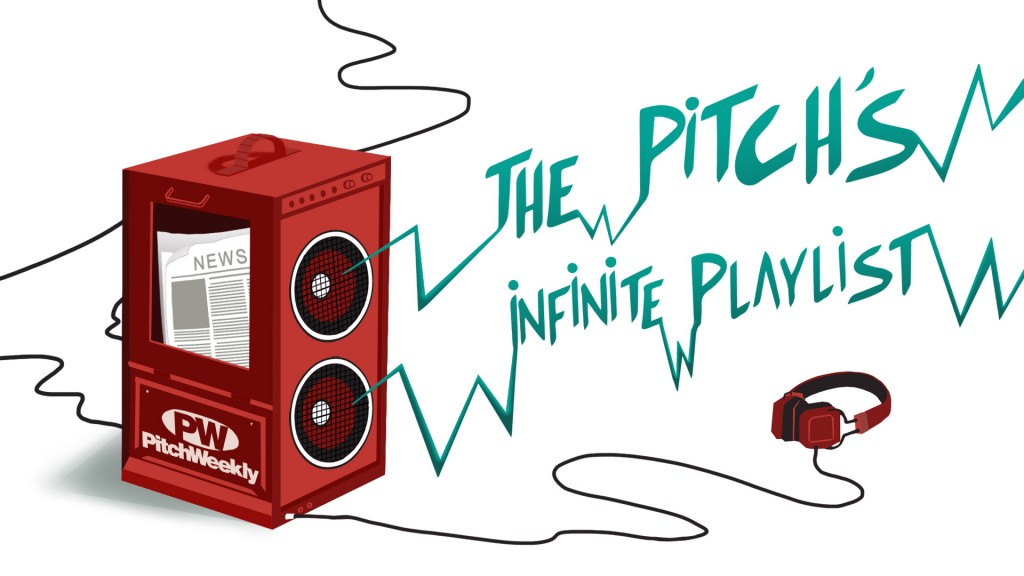 My name is Emeline Hutton (pronounced “Emma-line” if you’re feeling phonetically correct), and I’m an intern/reporter for The Pitch. If you’re worried about even trying to say my name, or it gives you a weird mouthfeel, you can use my affectionately adopted office nickname, “Lemon.”

I’m a Journalism student hailing from old KU and an absolute nightmare of a person–in a dubiously good way. When I’m not busy being a Jayhawk scholar or on a Sagittarian power trip, you can find me consuming a ludicrous amount of coffee, hanging out with my cat child Finn, or watching trashy reality TV with my roommates.

Fun fact: I’m a past rodeo princess and grew up in the boondocks of Northwest Kansas. So, if you’re looking for some homegrown hospitality and someone who says “y’all” way too often, then I’m your gal. I’ve left my days of steel-toed boots and spurs behind, but for now, I am a semi-humble journalist.

Suppose that personal bio gave you an inkling as to what you’ll find on my social media, and now you’re a fan. In that case, you can follow me on Twitter, friend me on Facebook, and request to follow me on Instagram. You can also connect with me on LinkedIn if you have a particularly professional disposition.

I won’t lie to you, I was never an original Anderson .Paak fan. But after he collaborated with Bruno Mars to form Silk Sonic, I decided to give him a listen. I’m also a complete freak who bases my music interests on stage presence.

So, after seeing he had a set on SNL back in 2018, I, of course, hopped on YouTube to watch it. “Who R U?” was one of two songs on his setlist, and it just stuck with me. This anthem is also an absolute banger to blast in the car.

I love, adore, cherish, admire, treasure, worship, and adulate Tupac Shakur. Is this because he was possibly one of the sexiest men I’ve ever laid eyes on in my adolescence? Yes, that’s the reason.

Okay, okay, we all remember that 2Pac was a very fine-looking individual. But, when I was actively rebelling against my parents in high school and residing in their basement as the little hellion I was, I developed an appetite for ’90s rap. This affinity will also be dissected in the next song so that you can hold onto this idea.

“Heaven Ain’t Hard 2 Find” serves as a romantic rap collaboration and makes my little fanatic heart sing. Who wouldn’t want to be serenaded by 2Pac?

My ’90s and early aughts rap obsession continues. Not only is this one of my favorite Dr. Dre tracks, but it’s also on 2001, which is one of my favorite albums of all time. This reminds me, I need to ask my Editor-in-Chief when we’ll get an album version of the Infinite Playlist.

Anyway, back to the music.

So, picture me, sitting in my basement bedroom, filled with teen angst and hatred for my life at this point. Weaker individuals may have turned to Black Veil Brides, My Chemical Romance, or—god forbid—Fall Out Boy. But not me.

Nope, sign me up for the ’90s rap legends. My favoritism of Dr. Dre and 2Pac also led me down the rabbit hole of Biggie, Snoop Dogg, Eminem, and more.

But seriously, “Super Freak” is an absolute bop, and I’m a sucker for almost any music recorded in the Twentieth Century.

Once again, throwing back to the ’80s. I don’t think it matters that I wasn’t alive at this song’s release. Furthermore, Michael Jackson was a pop genius, ever preserved by his nickname “King of Pop.” I don’t know what else you could want from a pop single.

I mean, come on, Princess Diana asked him specifically to play this song at a concert, which he’d previously said he wouldn’t do, due to her attendance. If Princess Di liked the song, then by god so do I. Also, “Dirty Diana” is on the Bad album, which is doubtlessly loaded with hits.

“Valerie” serves as my go-to karaoke song. If you’ve noticed the trend I’m on, where I start talking about the reasons I like these artists based on their other work surrounding my favorites, you’re right.

Look, I appreciate a good song just like anyone else. But, I appreciate artists that refrain from being one-hit wonders even more. The ever-talented Amy Winehouse stole my heart with “Valerie,” and I will be screaming this song in the car until the end of time.

“Blame It on the Boogie” by The Jacksons

Michael, baby, welcome back to my music preference. Even though this work of musical art isn’t a solo venture on Michael’s behalf, it’s still wonderful. “Blame It on the Boogie” is another go-to song for karaoke, even though it might not be my number one, it still serves as a great scream-singing track. Also, the pure joy that radiates through every synapse of my squirrel-equivalent pea brain is uncontested.

Warning: This song will make you want to dance so goddamned hard. Imagine me as the little penguin protagonist of Happy Feet; if there is nothing else I have in this world, at least I can dance to The Jacksons.

Since I was reveling in my teen angst so hard earlier, I’m sure any presence of Nirvana whatsoever won’t surprise you at all. Well, here it is. Honestly, I have no outlying reason for loving this song. It doesn’t have an overarching theme of sentimentality or anything like that. I just fuck with Nirvana.

Nirvana is one of those bands that holds a special place in my heart, and I evermore wish I could’ve had a total ’90s grunge moment.

“Love Of My Life” by Queen

You’ve learned nothing from my playlist entries if you didn’t think I would include a hint of Queen in here.

My dad is a self-described man of the times—graduated high school in 1972—so, do with that information what you will.

This nostalgia for the “good old days” led to little Emeline being raised in a mechanic’s shop, surrounded by nothing but the pungent smell of carburetor fluid, the hissing of air compressors, and rock ‘n’ roll hits from days gone by. This shop is where I learned not only to change my own tire and oil, but it’s where I learned about Queen, The Rolling Stones, The Beach Boys, and so on.

So, yeah, sentimental value and all that mushy stuff.

“Something in Your Mouth” by Nickelback

I’m a little embarrassed to admit that I like Nickleback. My roommate showed this song to me once upon a time on a venture to Dutch Bros in KC. Shortly after turning my steering wheel into a makeshift drumset, a very worrisome thunderstorm hit us while we were driving back to Lawrence. So, I’m undoubtedly trauma-bonded to both my roommate, and this song. But I don’t mind at all.

“Sympathy For The Devil” by The Rolling Stones

Since I’m a person who tries to live my life as shamelessly as possible, I will admit that the only reason I know of this song’s existence is because of Just Dance 2.

When I tell you, I absolutely danced my little prepubescent heart out to this song, there couldn’t be a better hyperbole. It also makes me relatively sad that Wii games have almost effectively died out. Regardless, another song I can scream word for word while remembering my glory days, before I had to pay bills, and unfortunately became a functioning adult.