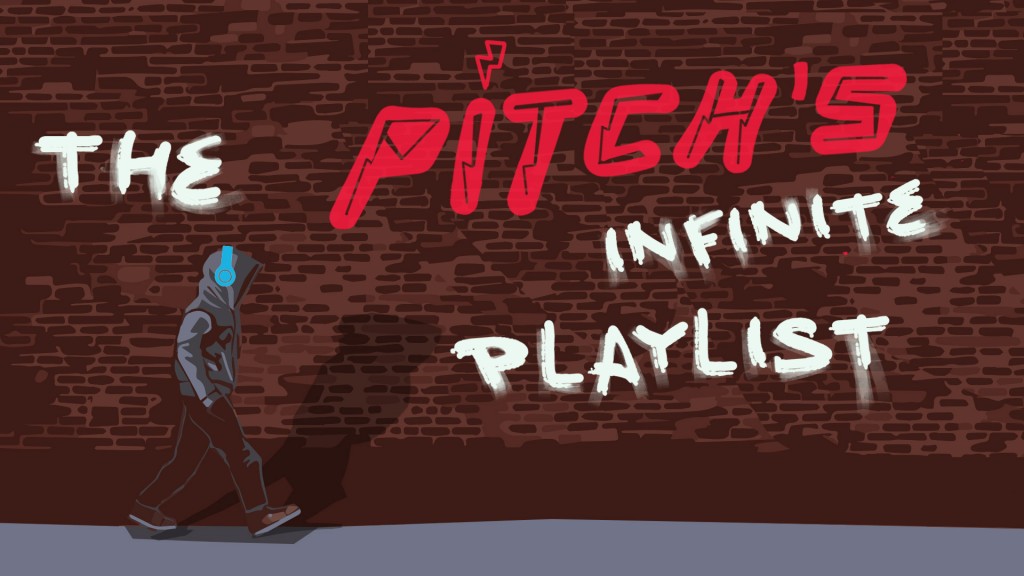 My name is Travis Young. I am a first-generation Vietnamese American. I am a commercial and documentary photographer and the owner of Filmxlab where I develop analog film and hand out disposable cameras and free film from time to time. I am a notorious overthinker and serial rabbit holer hobbyist. I’m currently rabbit holing in the world of 3D modeling and animation.

I’m a boi that just wants to vibe the hell out. I grew up around a lot of folks who were super into R&B in the ’90s. Tons of Destiny’s Child, Aaliyah, and Erykah Badu. I also grew up in that ’90s golden era rap, so the horn sample from “Funky Worm” by Ohio Players was used and emulated all throughout a ton of songs by Dr. Dre, NWA, Eazy E, and more.

The subtle high pitch “wooorm” in the background just hits so well for me in this one. Hard to not like a good worm in a song. [high pitch wooorm noise]

Audrey Nuna is a Korean American on the up and up.

“See U Never” by NIKI

A continuation in the spirit of ’90s R&B. NIKI is dope. She has an amazing voice. I enjoy that she has songs about not needing no boi, alongside just as many tracks on falling in love. NIKI bringing in the R&B-heartbreak-I-don’t-need-your-face vibes all the way from Indonesia.

Okay. This is technically Luke Wild featuring Deb Never, but I’m not here to talk about Luke. Deb Never sort of reminds me of me at some point in my life. Like, I wish I had Deb’s music growing up when I was young, confused, and sort of angry, but also navigating love and being wanted. Deb’s forever chill-emo, I enjoy. Sort of floating around R&B and grunge, of all things. Another Korean American on the list!

Tricot is batshit crazy. If you’re into math-rock, weird time signatures, crazy changeups, and choppy drums, then Tricot is a good time for your ears. It’s a good balance between chill and aggressive, and they tend to switch up a lot. Music all the way from Japan!

“Comes and Goes” by HYUKOH

I really wish I was a cool lookin’ Asian dude. I used to shave my head but was never brave enough to go as buzzed as the lead singer of this group. No hair. Really interesting face. Normal ass clothes. Like, if monks were into funk. I guess my only take away is that I wish I looked as interesting as the lead singer. He’s really peculiar in very beautiful ways.

And his voice is super beautiful, but not in the way that seems like he’s really doing that much. I’m a big fan of the funk and the “I’m just hagnin’ with the homies” vibe. Funky, funky, funky all the way from South Korea.

“Bad Dog No Biscuits” by SEATBELTS

HI MOM. I’M IN A BIG BAND GROUP BUT I ALSO LIKE SKA.

It’s like my years of watching Johnny Quest cartoons meets free mozzarella sticks at Olive Garden. Literally, it’s like the band is being chased by villains doing hero adventure stuff, and then like one minute in, a waiter from Olive Garden swoops in with free mozzarella sticks and and everyone is like, “YO WHAAAT YESSS,” and then good times are had.

It’s a song I discovered from one of my favorite animes from the ’90s—Cowboy Bebop. SEATBELTS is an Asian big band from Japan mixin’ it up.

“The Point” by Year of the Ox

“How many lives will be taken before they get the point?” Year of the Ox is made up of two Korean American hip-hop artists.

“Waaaa!” by The Evaporators

Also, the lead singer of this band knows more about contemporary rap music than any of us ever will, and I find this fact outrageously hilarious: “For you, Lil Uzi, a Rooob Zombie Poster.”

The Evaporators are a band spearheaded by an amazing music journalist, “Nardwuar.” He’s extra peculiar, and his band is signed by Jello Biafra’s record label, who is the old frontman for insanely-peak ’80s punk-era band, Dead Kennedys