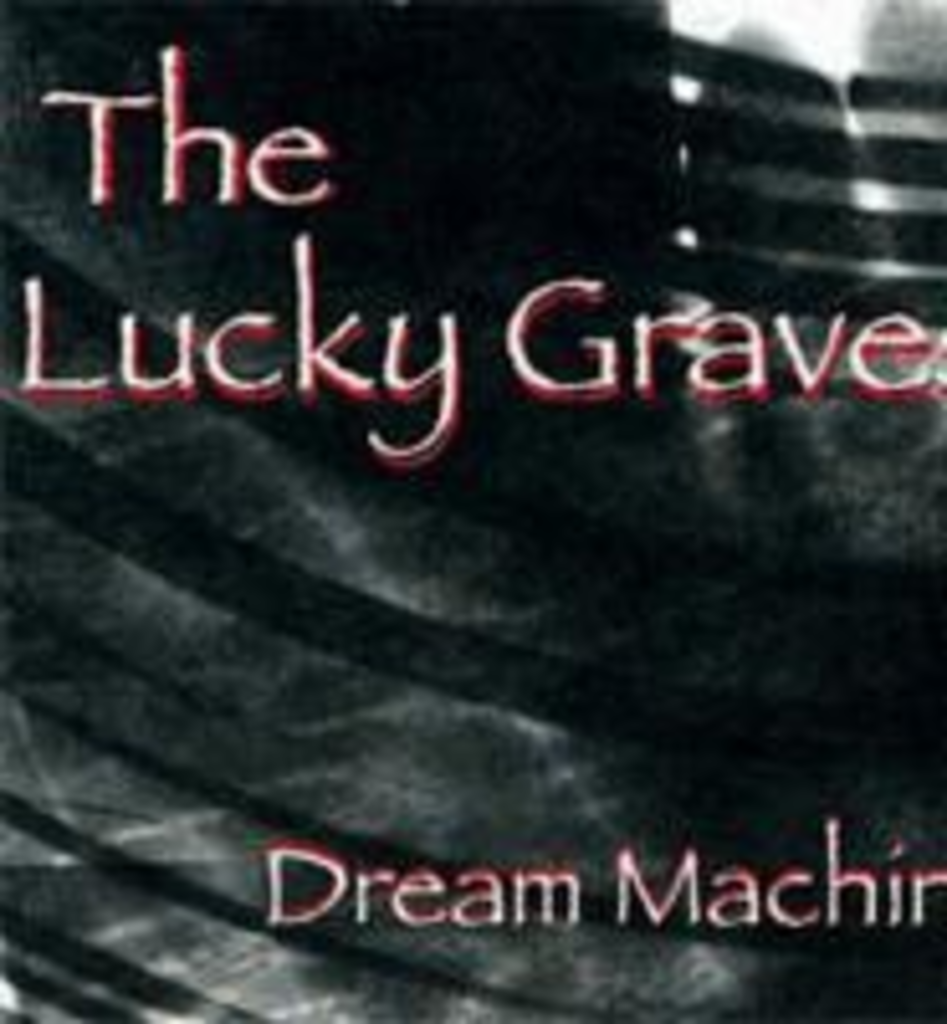 The Lucky Graves (Moonshine Records)
The Lucky Graves aren’t short on chops. Like the inside of a well-oiled jukebox, this Kansas City power trio spins, blasts and changes tunes without missing a beat. The band consists of two former members of Overstep — Adam Stotts (guitar, vocals) and Ben Ruth (bass, backing vocals) — with the late Proudentall’s John Cruz on drums. The Graves could almost be called the Adam Stotts Band — his from-the-gut, high-baritone voice and mighty, crunchy guitar drive the songs — but that would be a disservice to the band’s other members. This is a power trio if there ever was one.

Most of the songs on their debut Dream Machine contain so many changes that if anyone fell out of step, he’d stick out like a tranny in church. The problem is therefore one of overwriting (or is that overstepping?): Many of the songs start off crisp, straightforward and swaggering, then suddenly shift to some unexpected bridge that shatters the song’s momentum — and with it, the listener’s desire to remember the tune later. This approach — that a rock song’s no good unless it allows the players to cram it with jagged chords and time changes — probably comes from the Graves’ upbringing in the local post-hardcore, gifted-slacker-grunge scene of the ’90s. As soon as they cut their ties to that and focus on the simple, great, rockin’ hooks that lurk underneath the entire surface of Dream Machine, they’ll emerge as the kind of gritty, blues-infused threesome that really could play a woman out of her clothes.