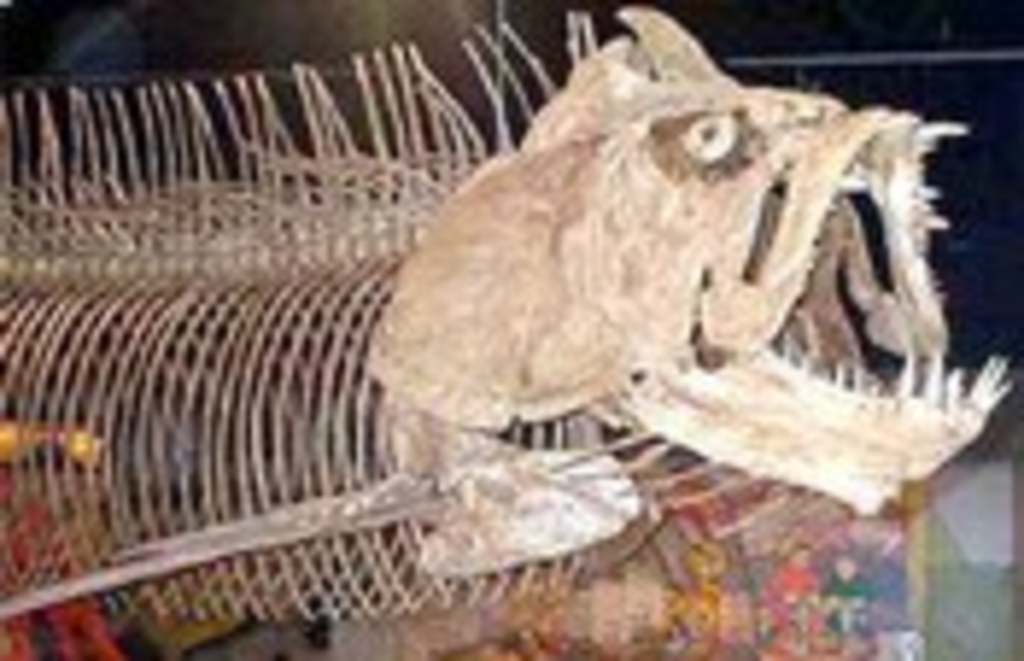 It’s election time, so when you receive a petition signed by thousands of people, you don’t ignore it. Even if it’s a petition about honoring fish bones.

That was the strategy of Republican Rep. Tom Sloan of Lawrence, who is running for re-election. He received a petition spearheaded by Kansas fossil hunter Alan Detrich, which urges lawmakers to officially bestow “state fossil honors” on the Xiphactinus (pictured), affectionately called “X-fish.” The fish was excavated from the Kansas prairie, which was once the underwater dwelling of this sweet little guy pictured to the right.