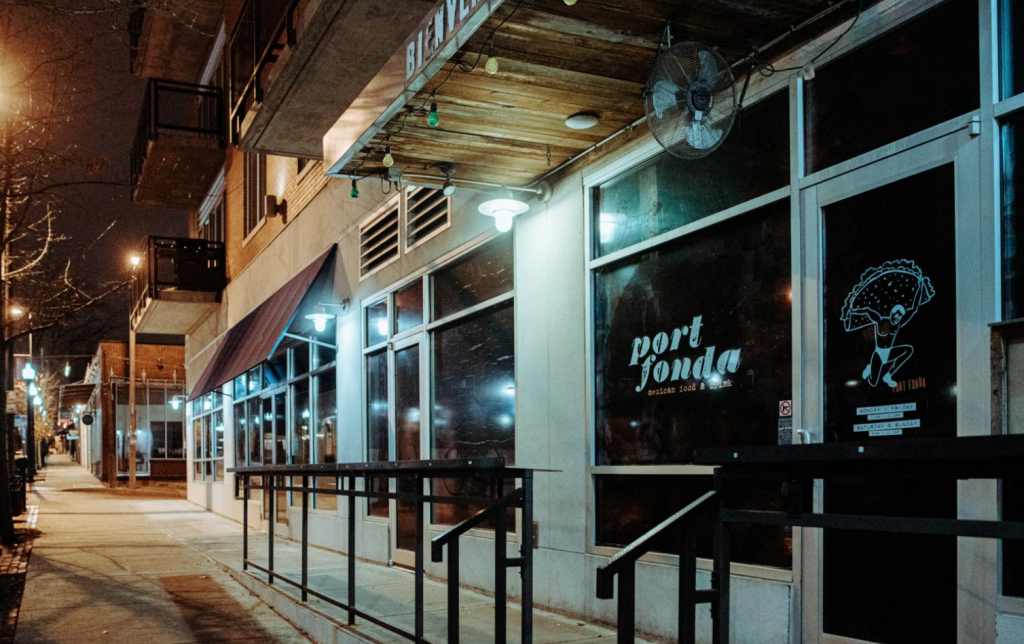 Port Fonda while shut down in January 2021. // Photo by Travis Young

Beer KC, the restaurant group behind Beer Kitchen, Mickey’s Hideaway, and Char Bar, has acquired embattled restaurant Port Fonda in a deal announced Tuesday. The Westport restaurant will reopen under new ownership and management in June.

Operations director Erin McZee says the Pitch exposé “solidified our understanding of the kind of giant change necessary for Port Fonda to survive.”

Part of that change involves bringing in a new executive chef, Eric Michael, who previously held titles as chef de cuisine at Chicago’s Brass Heart and head chef at La Sirena Clandestina, among others. The restaurant’s name and much of the menu, which highlighted regional Mexican cuisine, will remain the same.

McZee describes Beer KC as having a “high level of accountability” and notes that the restaurant group has a clear chain of command and reporting structure for workplace abuses—something that Port Fonda formerly lacked. She also notes that the restaurant group is transferring a current Beer KC manager to Port Fonda to help set the culture on day one.

Beer KC owner and co-founder James Westphal tells The Pitch that Ryan and Davila will retain no ownership or financial stake in the restaurant, nor will they have any involvement with the restaurant going forward.

The restaurant group is still in the process of filling positions for the new Port Fonda. McZee welcomes former Port Fonda employees to re-apply, but acknowledges the difficulty of returning to a site where they’d had bad experiences. “I would tell every single one of those people that I would love to have them back in one of our other buildings to see the difference.”