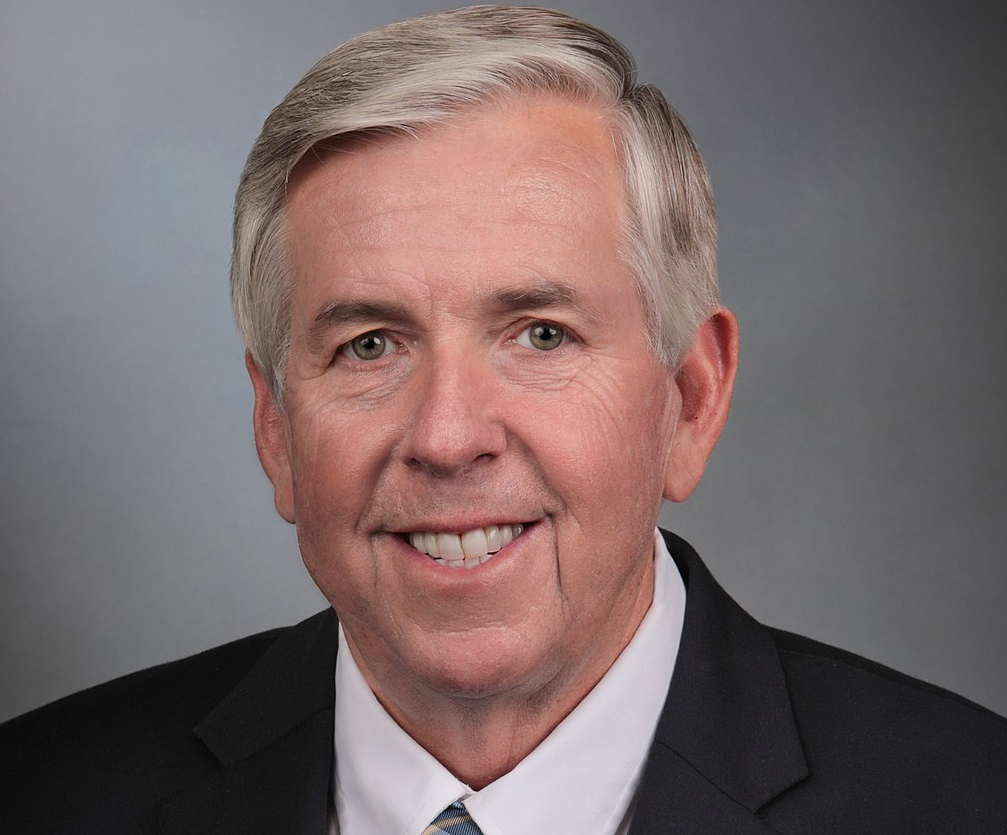 Parson and the GOP are fiddling while Missourians get tossed off the Medicaid rolls by the thousands each month.

Last week, Missouri Governor Mike Parson said in an interview that he’s been hesitant to look for ways to expand Medicaid in Missouri because he thinks the state needs to fix its broken system first.

For a Republican, Parson seems to have a rather high tolerance for bureaucratic red tape—at least on an issue that would extend healthcare to hundreds of thousands of Missouri residents. In July, Parson convened a task force to look into applying for a waiver that could allow Missouri to bypass some federal regulations implemented by the Affordable Care Act. Again, that’s:

Applying for a waiver…

That could allow Missouri to bypass…

Implemented by the Affordable Care Act.

Since January 2018, 120,000 Missourians have been dropped from the state’s Medicaid services—the highest drop in Missouri since 2006. Parson made no mention of this fact in his recent interview. Instead, he emphasized that there are people enrolled in the system that don’t belong in it.

“We’ve got people out of state that are still collecting benefits from Missouri, and we truly do have people on there that are deceased,” he said. “There’s a lot of problems internally sometimes with state government, how we communicate with other agencies, but we’ve got to get a handle on that.”

Of those dropped from the system since January 2018, about 90,000 are children. According to a recent study, Missouri children are losing healthcare faster than any other state in the country. Since March of 2017, Missouri has seen a 12.5 percent drop in children enrolled in Medicaid and the Children’s Health Insurance Program in Missouri.

Now, Missouri Democrats are calling for a legislative investigation to find out why there has been such an increase in drops from the roll.

In a letter sent to House Speaker Elijah Haahr on July 22, House Minority Leader Crystal Quade urged the speaker to call an investigation into the matter telling him, “a failure to address this problem constitutes both a moral and procedural abdication of our oversight duties.”

Parson’s administration has given an improving economy as a possible explanation for the decline; more people have jobs now, the thinking goes, which means more people are accessing private insurance. But as Quade noted in her letter, if that were true, the state would be seeing similar drops in individuals receiving food stamps. But that number has remained relatively stagnant.

Quade believes the enrollment decline stems from problems with Missouri HealthNet Division’s Medicaid re-enrollment process. She says she’s consistently been told that the eligibility software does not check SNAP eligibility (which is a federal requirement), renewal notices are not mailed in a timely manner, and call center wait times are prohibitive.

“We need answers, and we need action,” Quade wrote.

Haahr responded to the letter on July 25, saying he has requested more information from Parson’s administration about why so many people have been dropped from the system. He says if their answers aren’t sufficient, then he’s open to the request for a legislative investigation.

Quade has not responded directly to Haahr’s letter, but she did express concern about follow-through after the Missouri GOP labeled a tweet saying kids are being dropped from Medicaid at alarming rates as “fake news.”

“Here we have the MO GOP calling the 120,000 people dropped from Medicaid “fake news,” Quade wrote in a Facebook post. “The same party who replied to my ask of an investigation and said they are ‘looking into it’.”

As for Parson’s task force, it’s expected to make a recommendation for the governor by January 31, 2020.

“Here’s the one thing we all want from Medicaid,” Parson said last week, “the people that need it, that should be getting it. We want to make sure they get it.”

Will you be our Valentine, Chiefs Fan Who Fell Ass-First From A Tree?

Bloomberg uses his billions to troll Trump in Kansas City

What is happening with McGonigle's Market?

Feb 28 @ 7:00 pm Stray Cat Film Center
Mobsters! Bootlegging! Molls! Tommy guns! Murder! One of the foundational films of the gangster genre, The Public Enemy (1931) made James Cagney a star and pushed the boundaries of violence in movies. A review from the Kansas City Times called this movie and other gangster films of the early 1930s “misleading, contaminating, and often demoralizing to children and youth.” So...
Tickets
The Company Presents: Orphans of Doom “II” Album Release