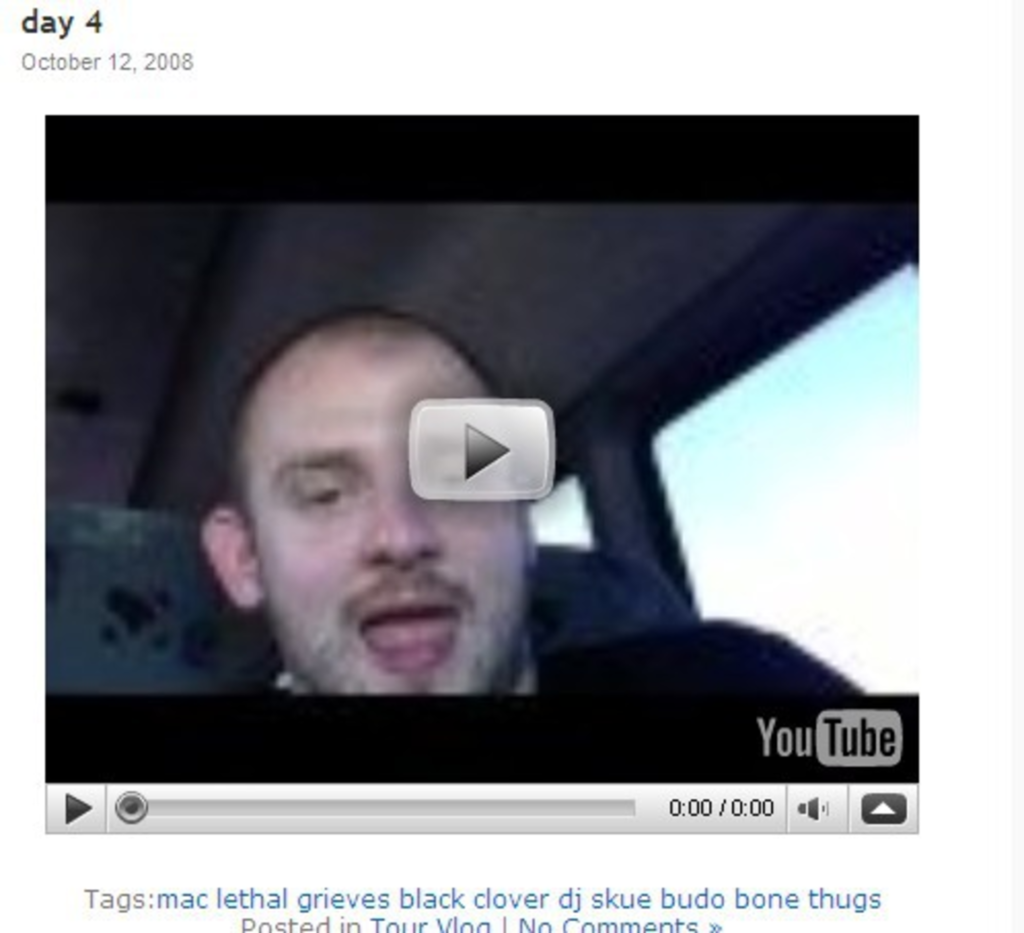 I have spent the last 30 minutes or so by turns laughing at and being annoyed by Neighborhood Kids With Potato Guns, the current tour vlog of Black Clover recording artists Mac Lethal and Grieves, co-starring DJ Sku and Budo. I suggest you do the same.

Here’s my guide to the episodes:

Days 1 and 2: Introduction to the Vlog; lost in Texas; Mac’s first-ever canceled show is lamented.

Day 3: “Austin Dubstep Faggots;” cha cha is called upon; toothless women and klansmen; showering; the House of Commons is out on Jesus.

Day 4: The Real Drama!: You’re under arrest!; “sheetrock is hard to come by”; Sku takes refuge; in the jailhouse now; the trials of Budo; “the fuck of it all.”