Kevin Yoder’s fake-friend funhouse: Who will show up in his general-election campaign ads? 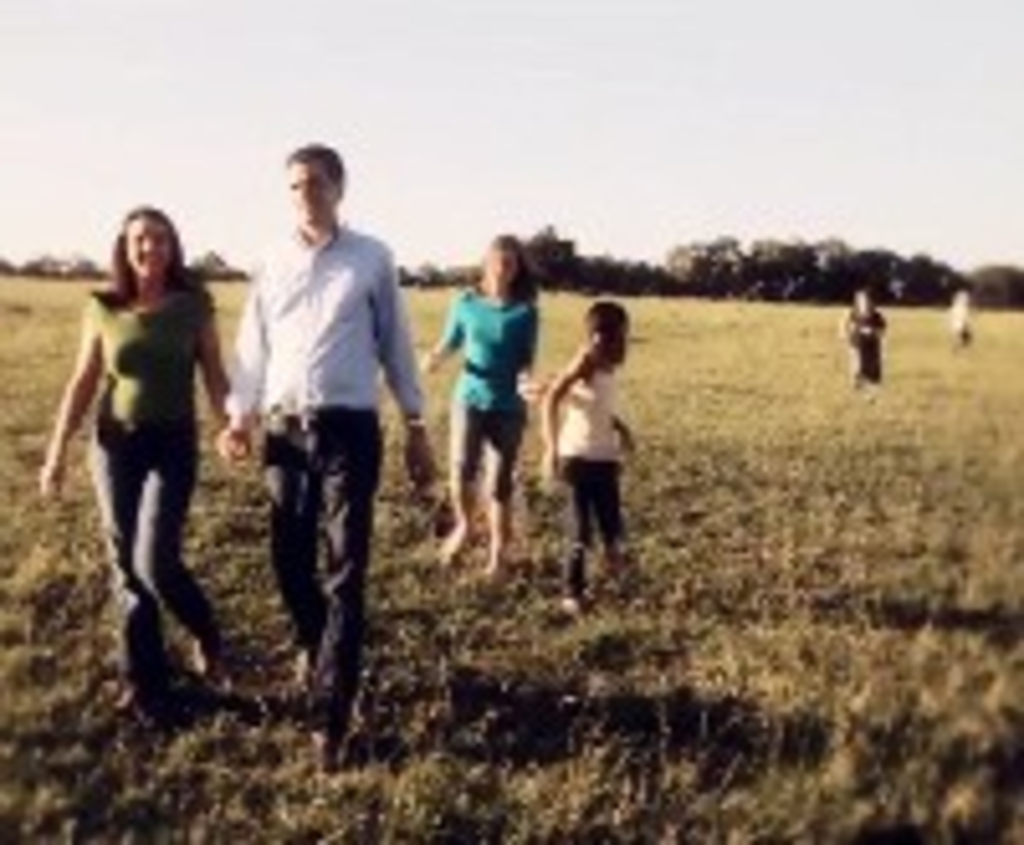 When Kevin Yoder ran for re-election to the Kansas House a few years ago, he posed as the owner of someone else’s canine in his campaign ads. Recently, he borrowed nieces and nephews for an ad.

While a borrowed pup and charlatan children were sufficient in those previous races, Yoder is going to have to step up his game to win the hearts and votes of Kansans in general election, when he’ll take on Stephene Moore, the wife of departing longtime Congressmen Dennis Moore. Luckily, a source on Yoder’s campaign staff, who asked to remain unnamed at the risk of Yoder confiscating his American flag Snuggie, gave us the scoop on what’s in the pipeline for Yoder’s upcoming round of state-wide TV spots.

When we last saw him, Yoder was waltzing through a field with his stand-in kids. But something didn’t feel quite right: Yoder didn’t touch any of the three children for the entire two-minute promo. There was no hand-holding, no eye contact.Internal polls revealed that Yoder’s demeanor felt “avoidance-like” to children, who make up a significant portion of his voting populace. (Ten kids in the ad admit to being “Yoder Voters,” though they’re clearly violating some law about age or something. One smartypants later covers his ass by clarifying that “mom and dad” are the Yoder voters, but that dribbly smile is easy enough to see through.)

Anyway, campaign insiders say the Kid Problem needed to be addressed.”Yeah, he had some trouble connecting with the kids,” our source said, conceding that since they weren’t biologically Yoder’s, the cognitive gap was understandable.

“When he tried to justify to us why he didn’t go the extra tactile mile with the kids, he said that since he was running on the platform of being anti-child sex abuse, he didn’t want to come off all creepy. A fair point. So we thought about what the Republican people of Kansas want, and how we could get to it without Kev stroking any toy humans,” he said, referring to children. “Suddenly, it hit me: Kevin goes on a father-son shooting trip. People love a good family activity, and the NRA’s a gold level Yoder sponsor. The only problem was, Kevin has one of those designer DG guns, really fancy shmancy, and not a regular old hunting rifle. A gun vajazzled in peacock feathers is something Kansans can’t really relate to. So we headed on over to Clay Center City Hall, found some no-frills guns in the lost and found, and borrowed a few for Kevin and his nephew. Gold mine.”

A Kansan just isn’t a Kansan without the right whip, and a Midwestern political ad just isn’t effective without it.

“One hand should clutch the steering wheel, guiding the way to the future, and the other arm should always hang out the window, palm firmly secured to the side like your car was your country: in good hands,” our source explained.

Unfortunately, Yoder’s Mazda Miata provides neither the machismo nor elbow room necessary to win the votes of Kansas folks. “We told him, ‘That car’s for queers and grandmas,'” our source says. “Plus it’s foreign, and that’s just un-American. So we drove to Arizona to find a ditched Chevy pick-up, scrubbed the smell of the illegals out of the bed, and had it shipped back to here in time for the shoot.”

Expect the inaugural appearance of Yoder’s car that he’s had since he was 16 in his upcoming spot.

If there’s one thing Kansans love, it’s other Kansans. Kansans who have been here X+1 generations. Yoder’s already a fifth-generation Kansan, but hell, a few more couldn’t hurt.

“That’s what we told him!” our source said excitedly. “We wanted even to be able to claim at least ten gens — it even rhymes, just how we like. So we did what we do best: borrow.”Time, that is. The team developed an alternate way of measuring time called the Kansanian Calendar. It’s really complicated, our source says, but basically it makes Yoder a 27th-generation Kansan.

“Kevin’s a good-lookin’ fellow, don’t get me wrong. But he looks like he’s gone tanning one too many times,” our tipster whispered. “I mean, how were we supposed to know that bronze skin wouldn’t be especially popular with Republicans this year?”Yoder apparently received some negative feedback from his last ad, with focus groups calling him “almost foreigner looking” and “Hispalatino?”The team considered hiring someone especially pasty to stand in for Yoder in his ads. “But then we rented Dave, and we realized that it could get a little complicated.”So instead of making Yoder whiter, they decided to make the people standing next to him darker. Using Craigslist, his staff is currently recruiting Kansans with complexion “somewhere between the walnut bark and warm caramel paint spectrum” to fill the role of “childhood friend.”

One thing Yoder has going for him is a smokin’ hot wife. I mean, that’s Campaign 101 stuff: you can’t expect to win without one. But …”Let me put it like this,” our source says. “Some voters are really uneasy about Kevin’s past as a liberal. And it doesn’t help that Brooke looks … a little ethnic. I mean, look. That espresso-colored hair, those chocolaty eyes, that hair you just know kinks ever so slightly when she steps out of the shower … that’s all I mean. Don’t get me wrong. I would totally do her campaign if she decided to run on her own. But she’s just not blonde enough.”So when you see Yoder’s next ad, and he’s driving a beat-up Chevy through the woods and firing a hunting rifle out the window, and there’s a hunting dog, fake kids, a random tan guy and the blonde chick from Glee in the back, don’t be alarmed. You’ve just been Yodered.