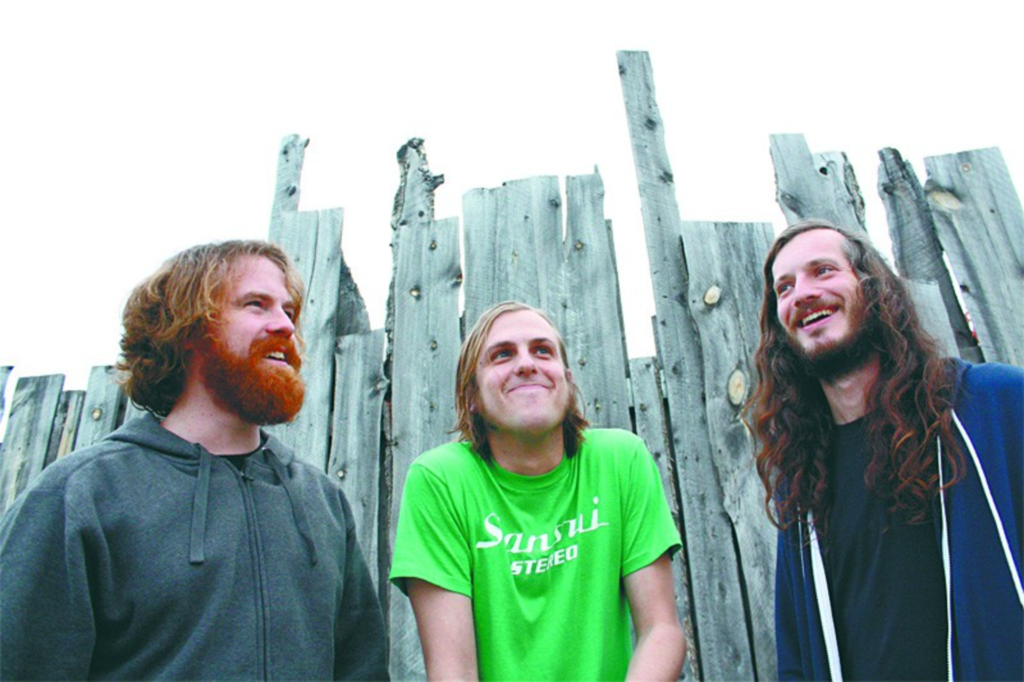 The story of Sons of Great Dane began about four years ago, when guitarist Brent Windler got off a tour with the Kansas City band Scratch Track and crashed on his buddy Nolle Bond’s couch.

The environment was far more welcoming than when Scratch Track opened for alt-rock heavyweights O.A.R. on a leg of dates in 2006.

“I remember going onstage, and a kid yelled out, ‘Nice sideburns, faggot!'” Windler recalls. “That’s when I realized I hate O.A.R.”

With his chin-length mutton chops, Windler looks more like he should be opening for Lucero. But his chosen grooming style doesn’t restrict him to writing songs about whiskey and neon lights. His muscular, Fender-tailored melodies are laced with a pop sense more reminiscent of Big Star or Matthew Sweet. As a result, Sons of Great Dane has caught the attention of power-pop enthusiasts from Brazil to Spain — the latter of which, thanks to CD Baby, has accounted for about as many CD sales as local audiences.

When you play music in the Midwest, however, it’s easy to get slapped with the alt-country tag.

“We’re finally pulling away from country, which is awesome, because we got stuck opening for every shitty country band the first couple years,” bassist Bond says. “The crowd for Bastard Sons of Johnny Cash fuckin’ hated us. It was at the Beaumont Club, and there were, like, 30 cowboys just staring at us.”

Which is not to say the Sons don’t like country — they just have a liberal sense of what that entails.

“No matter what, it’s going to come out, even if I don’t want it to,” Windler says of his country influence. “[I’m a fan of] anything from Willie Nelson through Uncle Tupelo through Old 97’s.”

No matter what genre the band gets filed under, Sons of Great Dane is setting its sights on one paramount goal: writing memorable tunes. Windler is still a bit of a cub when it comes to songwriting, having come up in the KC scene primarily as a guitarist for such bands as the Trelese and the Casket Lottery. In fact, his first few attempts at authoring songs caught his bandmates, Bond and lead guitarist Evanjohn McIntosh, off guard.

“We were sitting around drinking whiskey and passing the guitar, and Brent played this awesome song,” Bond recalls. “Me and Evan were like, ‘What the fuck? He does this?'”

The tunes inspired Bond to come out of his premature retirement from playing music and pick up the bass. He had previously spent a couple of years as a lackey for the brash Chicago radio personality Mancow, playing the role of Mutt on Mancow’s Morning Madhouse.

“He would bring me on-air and make fun of me,” Bond says. “Everybody’s job at that show was to be a jackass.”

His job of pre-screening guests and writing questions for Mancow to ask came with its own set of challenges.

“Doug Stanhope did a week with us, and all of his bits were about butt fucking, ” Bond says. “We had a dude who tapes every show and sends it to the FCC, so we had to be careful. He was like, ‘What about Hershey Highway?’ and I was like, ‘Nothing that’s a simile or metaphor for butt fucking.'”

Once Bond landed back in KC and kick-started Sons of Great Dane, the group secured a practice space in the Crossroads District that was ideal in every aspect, except the 110-degree heat.

“We each lost 20 pounds in sweat,” Bond says. “We’d walk down to the Valero looking like we just took a shower in our clothes, all hollow-cheeked, to buy beer and cigarettes.”

The group headed to Springfield, Missouri, to track its debut record with producer Lou Whitney, known for his work with bands such as Wilco and Rex Hobart and the Misery Boys.

“It was a great experience watching him mix everything on the fly — old-school analog,” Bond says.

In hindsight, Windler wishes that the group had gotten more than seven days to complete Why Ramble? But much of the album’s charm lies in its first-thought-that-comes-to-mind guitar licks and ragged performances. It sounds like four guys playing in the same room, and in today’s Pro Tools musical era, there’s a certain charm to that.

Unfortunately for Sons of Great Dane, the fourth person — the drummer — has been hard to lock down. Nathan Richardson of Coalesce and the Appleseed Cast played drums on the record but soon became mired in job and family obligations. Since then, the group has gigged with a rotating cast that includes Brendan Culp, Jason Trabue, Rob Garrow and DJ Lawrence.

Though the revolving dynamic keeps things fresh from show to show, it has impeded the band’s ability to tour. Sons recently booked a week of dates in Texas but had to renege when the band couldn’t acquire a drummer.

“We’d love a more stable situation,” Bond says. “The drummer kind of makes the band. If you see a good band playing with a shitty drummer, it’s like, Wow, I want to get the fuck out of here.”

Even if they have awesome sideburns.