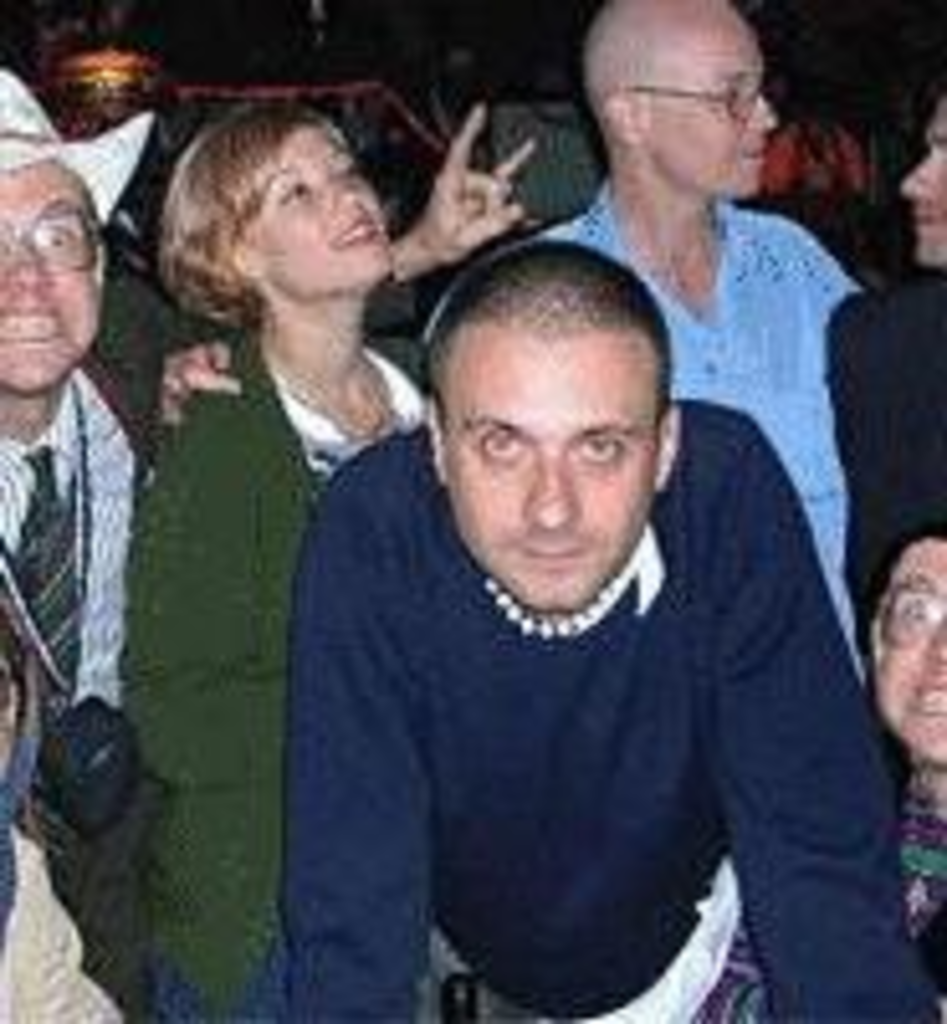 In 1725, Irish satirist Jonathan Swift wrote to ally Alexander Pope, the English poet, that his ultimate aim was “to vex the world, rather than divert it.” This he’d do particularly well four years later by publishing his notorious A Modest Proposal, a mock-serious pamphlet advocating the raising and/or selling of children for food as the best, most practical solution to Ireland’s devastating famine and poverty: “I have been assured … that a young, healthy child well-nursed is at a year old a most delicious, nourishing, and wholesome food, whether stewed, roasted, baked, or boiled.”

Naturally, some people applauded the irony — that the absurdist work was an attack on English oppression and exploitation. Others took it literally or didn’t appreciate the humor and were infuriated, labeling the author a savage misanthrope.

Like Swift — not to mention contemporary iconoclasts such as the Fall’s Mark E. Smith, the Butthole Surfers and Pussy Galore — Country Teasers frontman Ben Wallers has been both lauded as a satirical genius and pilloried as an offensive, malevolent monster. Over 13 years and umpteen caustic, unsanitized, no-fi albums (either with the Teasers or under his solo moniker, the Rebel) that slosh together skewed honky-tonk, maladroit postpunk and outright noise, the 34-year-old Scotsman has been branded a racist and a misogynist. He’s also been hailed as a keen-witted rabble-rouser who twists and exaggerates the language of hatred for morally righteous purposes.

Wherefore the outrage? It may have to do with Wallers’ most infamous lyric: Women are the Germans of humor, said John Morgan/And I believe it is also true/That we are the Hitler of comedy/And everybody else is the Jew, from the band’s 1996 disc, Satan Is Real Again or Feeling Good About Bad Thoughts. Or maybe this line, from the 1999 track “Women & Children First”: Women and children first/Then the faggots and the niggers/Line ’em up against the wall/And pull your fucking triggers.

It also probably doesn’t help that recent Teasers and Rebel releases have sported Wallers’ “Spakenkreuz” logo, which is one tiny, inverted line away from being a swastika.

Whereas Swift explained his satirical motivations in poetry, Wallers clarifies his positions by responding to a handful of e-mailed questions from the Pitch (he avoids in-person or phone interviews) with five pages of thoughts, some coherent and some convoluted, bashed out on a manual typewriter. The missive includes X’ed out words, scribbles, odd spellings, haphazard capitalizations, and a few stains (possibly coffee).

Of his “Spakenkreuz,” he writes, “I don’t like to say it except when I’m totally cornered by someone really angry with the swastika reference, but it is really an obvious anti-Nazi statement in the tradition of the symbolism battles which raged on the walls of 1930s Berlin between Nazis and anti-Nazis, wherein the latter disfigured the former’s swastikas and vice versa, so and so on, until you had umbrellas and seagulls and all sorts of meaning-stripped insignia.”

Certainly, Wallers has been reluctant in the past to flash a neon irony sign for listeners, preferring instead to let his words be interpreted how they will. In some ways, this creates a gray area that turns the Teasers into something far more interesting and compelling than just another semi-competent noise-garage outfit. But on the Country Teasers’ newest album, The Empire Strikes Back, Wallers seems to be offering more clues and markers to his greater purpose.

Album opener “Spiderman in the Flesh” segues from a twangy, old-timey country number to a cover of Pink Floyd’s “In the Flesh” (from The Wall), with Wallers drawling the words of Roger Waters’ fascism-enthralled anti-hero: Are there any queers in the theatre tonight?/Get ’em up against the wall … And that one looks Jewish, and that one’s a coon/Who let all this riff-raff into the room?/There’s one smoking a joint, and another with spots/If I had my way, I’d have all of ya shot! It’s reminiscent of “Women & Children First,” to be sure; it’s also apparently the singer’s way of saying, Hey, you don’t call foul on Floyd for being racist, so why not hold me to the same standard?

Confirms Wallers, “You think Roger hates coons and queers? That’s a character in a song, you fucking lesbian jew paki chink! (Oops: Shouldn’t have used ‘lesbian,’ it’s not a pejorative … is that a clue I shouldn’t have slipped out? Sharpie!).” He adds: “No one who talks to me maintains an opinion that I’m rac-o-sex-ist; just a bit confused maybe.”

Still, some valid questions arise: What if Wallers is using double irony or creating an extreme version of himself to mask a more subtle bigotry? Could he mean at least some of it? After all, isn’t it possible that Swift had so much contempt for society that a small part of him didn’t care if mankind ate its children? And what if the people who insist that Wallers’ music is obviously pure satire — and scoff at the naysayers for “not getting it” — are doing so only so they can laugh along and rock out to the Country Teasers without guilt?

The owner of indie label In the Red Records, Larry Hardy (who’s been putting out the Teasers’ albums for the past five years), is convinced that Wallers’ aims are honorable. “It’s not like a G.G. Allin record, where he’s saying all this hateful stuff and he might mean it,” Hardy tells the Pitch. “This is more intellectually done. I wouldn’t put out something along the lines of G.G. Allin, but this is not that. I knew right away that this clearly isn’t a guy that means all of this.”

Only Wallers knows his true intentions, so we’re obliged to take him at face value when — as with his altered-swastika logo — he writes that he’s trying to turn words of hate to more noble ends; to sidestep political correctness and spur honest dialogue. “I HOPE I’m doing that with lyrics,” he writes. “I’m very earnest and I want to serve society like [Lenny] Bruce, [Bill] Hicks, and [William] Burroughs.”

He’d also like a slice of the artistic immortality that Bruce, Hicks, Burroughs and Swift have earned. “I cannot bear the idea of not existing in 50 years, nor even 200 years,” he continues. “I want people to come up with a theory which proves that my compositional approach is officially The Best for this period and should therefore be taught in the academies, the conservatories, you know. Plus, [I want] my funny lyrics published.”