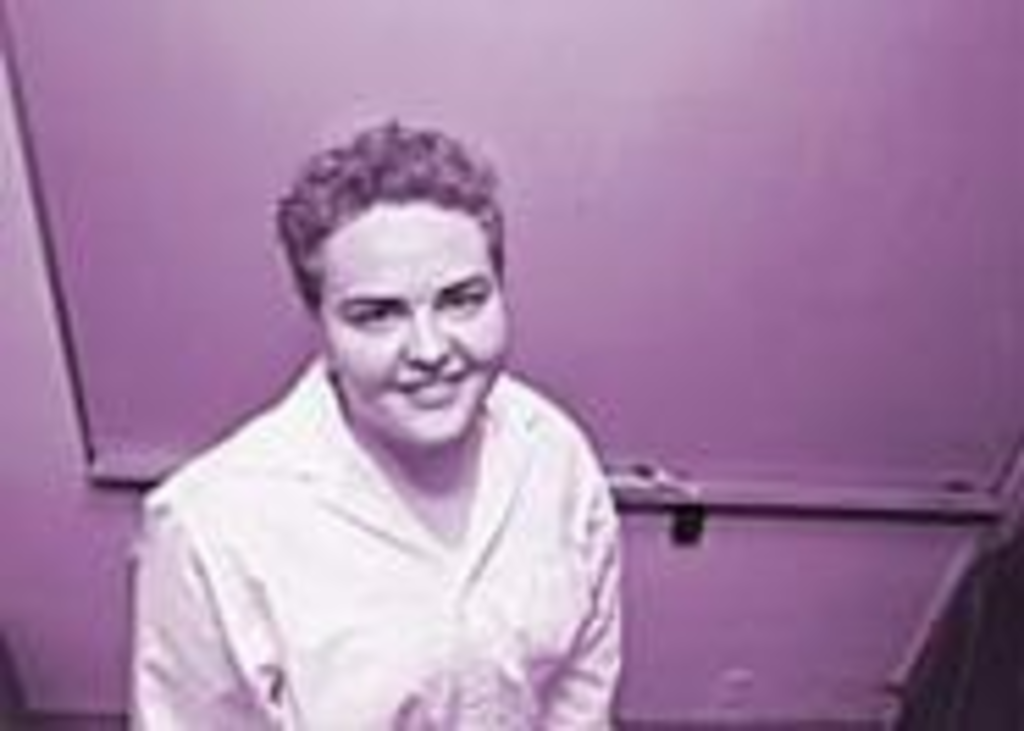 I don’t think about it much — that my 10-year-son may be gay. If he is, it doesn’t matter. My heart will not miss one beat of love for him. I wouldn’t consider it some sort of divine test, any more so than if his hair were light brown instead of glowing red. But I would worry about his being attacked. America’s penchant for violence reaches out in many directions, including toward lesbian, gay, bisexual, and transgender (LGBT) individuals.

Last year, 1,965 people nationwide reported being the victims of anti-LGBT incidents, according to the National Coalition of Anti-Violence Programs. Though that number represents a 3 percent decrease from the year before, the percentage of serious assaults was higher. Whether it’s something as hideous as the roadside crucifixion of Matthew Shepard or as deadly as the recent shooting at a gay bar in Roanoke, Virginia, this hate begins somewhere. Usually it starts in the home, sometimes it comes from the pulpit, and likely it is allowed to fester in schools.

Though most schools have a zero-tolerance policy on racist comments, few address homophobic remarks. Many teachers consider the words “faggot,” “queer,” and “dyke” part of the usual banter kids lay on one another with no real harm done. Even the phrase “That’s so gay,” which has spread to elementary-school playgrounds without much of a reaction from educators, reinterprets the word in a negative way. I’ve heard it used among boys on my son’s fifth-grade soccer team. When I asked one boy what it meant, he explained in a kid’s rambling way, it’s like when someone does something “dumb.”

At one time Sharon Sanita also would have considered the phrase just “words of the day.” As a teacher, she did not realize that some of the kids in her classroom might know they were gay. “My impression was probably that people found out or decided or whatever that they were gay when they got in their 20s,” Sanita says.

That assumption disappeared when a close friend came out. “My first question was, ‘When did you decide this?’ And she goes, ‘It wasn’t a decision, Sharon, I’ve just known all my life.'”

Sanita remembered certain children in her classes who were different. At the time she couldn’t quite figure out why. Then it began to make sense. “I realized that yes, there are kids who are 8, 10, 12, 14 who know they are different, and when other kids say (those words), it offends them.” The awareness eventually led Sanita, who teaches at Fairfax Learning Center, an alternative high school in Kansas City, Kansas, to become a board member of GLSEN-KC, the local chapter of the Gay, Lesbian, Straight Educational Network.

GLSEN was founded in Boston in 1990, its goal being to end the “cycle of bigotry in K-12 schools.” Success in getting Massachusetts to ban antigay discrimination in schools in 1993 led GLSEN to go national a year later. The nonprofit organization has 85 chapters in 35 states; the KC chapter was founded in March 1999 and formed its 10-member board last October.

Much of the impetus came from activists in the gay and lesbian community, some working in teen-suicide prevention, says Sanita. According to GLSEN materials, 9 percent of the young people in schools say they are lesbian, gay, or bisexual, yet they account for 30 percent of teen suicides. But most public-school teachers and administrators don’t know about the research concerning suicide, harassment, and violence directed at LGBT youth. “In so many cases, it simply has never been addressed, in (teacher) training or in the administration,” says GLSEN-KC cochair Ross Freese, a computer systems administrator at the University of Missouri-Kansas City. “An administrator, when asked by a teacher how his district was addressing the needs of LGBT youth, very honestly said they had none in their school district.” Freese would not name the school administrator or district.

Educators in the Kansas City, Missouri, Shawnee Mission, and Blue Valley school districts told Pitch Weekly that either their nondiscrimination or student conduct and discipline policies or human rights statements adequately dealt with harassment and intimidation of LGBT students. Those policies “would apply from our perspective,” says Dr. Steve McIlvain, deputy superintendent at Blue Valley. But none of the districts’ nondiscrimination policies contain specific language covering “sexual orientation.”

The result is LGBT kids aren’t really protected from harassment and potential violence, and teachers are ignorant of their students’ situations. Sometimes, the really courageous kids take their estrangement to its risk-heavy yet self-freeing conclusion: They come out.

Eighteen-year-old college student and GLSEN board member Devin Richmond came out at 15 while she was a student at Shawnee Mission Northwest High School. She says the reaction from fellow students wasn’t that bad. “I was called ‘dyke’ every once in a while. Some people stopped talking to me. I got little religious comments like, ‘God is going to save you.'” She thinks boys have a harder time. “If you walk down a regular high school hallway, you hear ‘faggot.'”

Richmond remembers one supportive teacher but also recalls an incident in her junior year. Students were talking about two men having sex, when a teacher intervened and said, “Homosexuality is wrong.” Richmond reacted strongly: “I asked him what it was like to be a homophobic prick.”

Oddly enough, Richmond says, the teacher asked her to define homophobic. She did, saying it was when someone thinks gay people are wrong and are going to hell and fears them more than straight kids. “He told me he wasn’t that way,” Richmond says.

And if Richmond had found a gay or lesbian teacher to offer support, it would have been clandestine. Only 11 states have antidiscrimination laws protecting teachers because of their sexual orientation. Kansas and Missouri aren’t on the list. And while Missouri’s sodomy law was struck down in 1999, Kansas law still prohibits consensual sex between same-sex couples. Conviction can result in six months in jail and a $1,000 fine. (Missouri’s hate-crime law includes sexual orientation. Kansas has no hate-crime statute.)

Because of the lack of legal protection, gay and lesbian teachers in the Kansas City area don’t come out to their students or school administrators. “As much as I want to put that human face on it, as much as I want to show everybody what I’m about and mention my girlfriend like other people mention their husbands in the classroom, I still have that fear of losing my job,” says one GLSEN-KC board member, an elementary teacher in the Shawnee Mission School District.

She says it feels like a catch-22 — wanting to eliminate the ignorance that makes targets of gay students, yet being unable to come out as a role model to offer guidance and to have the same freedom as nongay teachers.

When Thomas Aitken, a guidance counselor in Hawaii, implemented a program to support LGBT youth, he was denounced and ridiculed on Christian and talk radio programs. According to the Lambda Legal Defense and Education Fund, some Christian groups argue that when gay or lesbian teachers are open and mention their partners in class, it creates a “hostile learning environment.” Considering the Midwest’s Bible Belt mentality and the presence of fundamentalist Christian hate groups — such as Fred Phelps’ Westboro Baptist Church in Topeka, which picketed GLSEN-KC’s September meeting — it’s understandable why the two Shawnee Mission School District teachers on the GLSEN-KC board didn’t want to be identified for this article.

Intolerant parents and school administrators confuse being open about sexual orientation with teaching sex in the classroom. GLSEN-KC board members vigorously dispute the idea that the two are synonymous. As Lambda notes, “The same charge is not leveled at nongay teachers who are likewise open about their heterosexuality” and discuss their marriages in the classroom. The point is equality, not politics.

“I’m not out here parading up and down the hall yelling, ‘Gay rights, gay rights,'” says the other teacher who didn’t want to be identified, a secondary teacher from the Shawnee Mission district. “That’s not the issue. I’m there to teach. I like teaching kids. I want my kids to be in my classroom because they want to be in my class. That’s why I teach.”

But there are other barriers. Myths that gay and lesbian people recruit and molest children are ingrained in many straight people’s minds. Those falsehoods have the elementary teacher on the GLSEN-KC board fearful that parents will pull their kids from her class if she comes out.

The secondary teacher fears that if he’s openly gay, any student who doesn’t like him could falsely accuse him of making sexual advances, hoping he’ll be fired. “It’s almost like a Salem witch hunt. The fact that I’m gay can add fuel to the fire because I don’t have as much to stand on as possibly a straight teacher does,” he says.

Schools can debunk those myths, the elementary teacher says, by teaching “respect for all, regardless of sexual orientation, which makes for safe school environments for LGBT students, parents and teachers.” That is GLSEN’s mission.

Safety also includes straight children whose parents don’t know the harm behind certain words. “If their son is calling another kid ‘faggot,’ ‘dyke,’ ‘queer,’ then their son can easily be the target of violence by the gay kid,” she says.

Sanita has witnessed such an explosion. “One day, back in one of the offices, (a teen) was trying to make a phone call when someone came in and said, ‘Get off the phone, fag, I need to use it.’

“He took the phone and beat that other kid to a pulp. It was his fault and he was suspended from school. I did go to the principal and said, ‘Look, this isn’t fair, he’s been picked on all year; anyone would explode. (The principal) said, ‘Well, you got to learn to control your temper and we don’t allow this in school.'”

GLSEN is about human potential, says Brunner, people’s being themselves. “We are not about being gay is good, being gay is right. This is about teaching respect for people whether you agree with their position or not — it’s an age-old concept, really.”

I asked my son what gay meant to him. He said it’s when “a boy likes a boy.” That’s the right answer. He also added it means being happy. That, too, is correct. All people, in their embrace of self and the discovery of who they are, deserve to be happy.