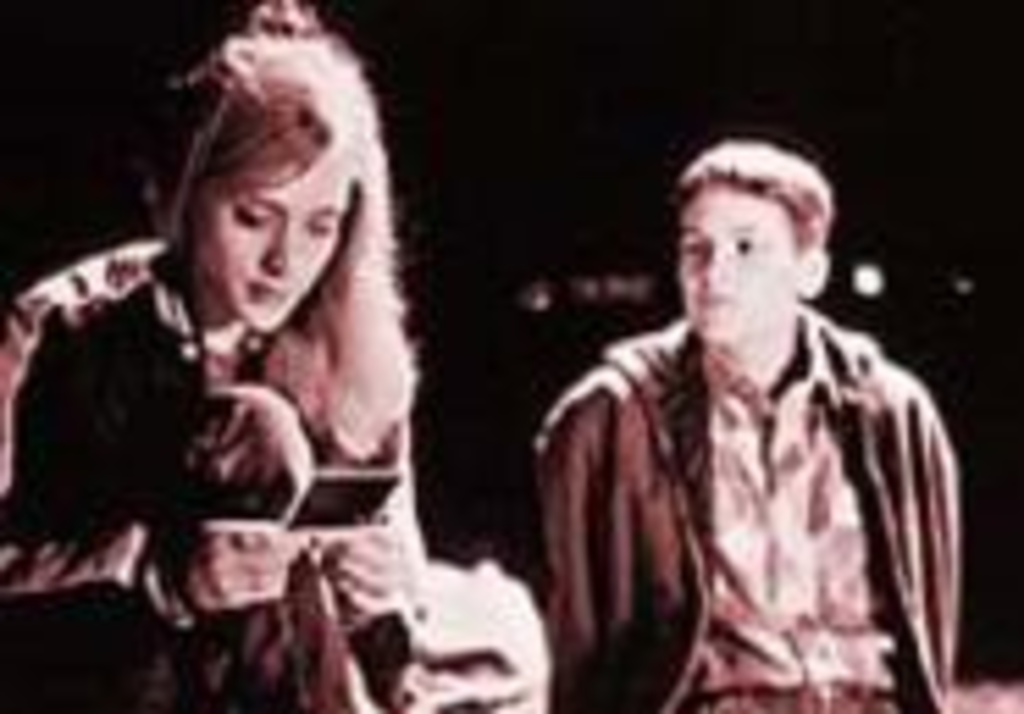 Based on an actual 1993 hate crime, Boys Don’t Cry lingers in one’s memory like a recurring nightmare. Director Kimberly Peirce’s first feature offers a bleak vision of small-town life, but it earns every jolt it elicits.

Peirce chronicles the brief life of Teena Brandon (Golden Globe winner Hilary Swank), a Lincoln, Neb., woman who not only sees herself as a man but can pass for one as well. Referring to herself as “Brandon Teena,” she charms the women she dates in a manner that would make most men envious. Because she knows what women want, few of her dates ever wonder if she is too good to be true.

Eventually Brandon’s ruse angers local bigots, and her habit of forging signatures and writing bad checks gets her into trouble with the law. Hoping to find a new start, she wanders toward the small Nebraska town of Falls City. There she meets and becomes buddies with John Lotter (a very creepy Peter Sarsgaard) and Tom Nissen (Brendan Sexton III), two men with rap sheets as long as hers. The two have mean streaks but quickly make her one of the local boys. They are happy to teach her the ropes of surviving bar fights and bumper surfing (where the “surfers” stand, holding onto a rope, in the open tailgate of a pickup).

The locals notice there’s something odd about her but seem to relish the wild stories she tells about her upbringing. She also falls in love with a local girl named Lana (Chloë Sevigny from The Last Days of Disco). Lana croons karaoke songs at a neighborhood bar and drinks a bit too much. She dreams of being able to perform karaoke professionally, just as Brandon dreams of being able to afford the operation that could physically make her a man. Brandon decides to stay in Falls City even though the violence and prejudice she left in Lincoln are potentially greater in her new home. When the law finally does catch up with her, the results are tragic.

Peirce and co-writer Andy Bienen treat the potentially sensationalized material with a remarkably matter-of-fact approach. Brandon’s sexuality is never a mystery to the audience (the opening frames show her adjusting her look), and Peirce thankfully never handles Brandon like a freak. She doesn’t try to psychoanalyze her subject or explain Brandon’s actions: She simply lets Brandon be Brandon. This angle plus Swank’s suitably androgynous and ultimately likable performance make the film more heartbreaking. Her romance with Sevigny is convincing, and one wishes the two could escape together before they eventually meet their fate.

The film also has a well-honed sense of local atmosphere. Bumper surfing and activities like it are common in towns where nothing seems to happen. It also captures many of the ironies on which towns like the film’s version of Falls City live. It’s socially acceptable for people to expose their young children to violent drunks, such as John and Tom, but not to have a sexual relationship with people of the same gender. Although her vision is often accurate, Peirce’s portrayal of the region sometimes seems condescending. It’s hard to believe that people in the Cornhusker state actually dream of hitting it big on the karaoke circuit.

Still, Peirce imbues Boys Don’t Cry with enough authenticity that it never feels like a TV movie. The violence and brutality are horrifying but not extraneous — Peirce shows John and Tom raping Brandon in unflinching detail, and the murder of her and an innocent bystander are expectedly hair-raising. Peirce makes these scenes so bloodcurdling that Brandon’s humiliation and suffering seem personal. It’s hard to sit through Boys Don’t Cry without blinking. However, because Peirce looks at this shameful incident without doing so, her film has a devastating impact that won’t go away. (R) Rating: 8