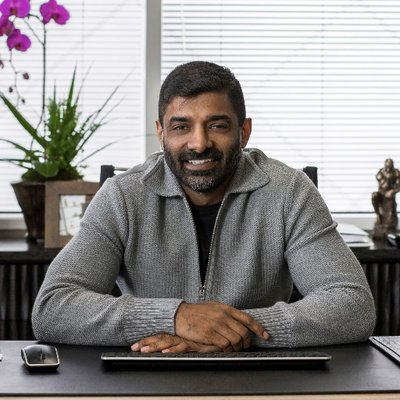 Many of us back in flyover country remember Raidebugzada differently.

He first turned up on The Pitch’s radar back in 2013, as a character in our series on Kansas City’s morally disgusting but highly lucrative online-payday-lending industry. Raidebugzada’s firm, Spectrum Business Ventures, owned a sizable stake in eData Solutions, a technology company for online lenders founded by Joel Tucker, brother of recently convicted Scott Tucker. In 2012, eData was sold to Wyandotte Nation, an American Indian tribe, for $277 million. By the time Raidebugzada and his wife divorced, in 2014, their estate was valued at $90 million.

When the payday bubble burst, Raidebugzada moved to Miami, where he opened a nightclub. It failed. He has since been accused of all manner of financial skullduggery: self-dealing through shell companies, fraudulent land deals in Mexico, lying to investors in Verizon Wireless stores he purchased in St. Louis. We’ve written all about it.

In 2014, Raidebugzada’s former business partners at Spectrum Business Ventures — Scott Asner and Michael Gortenburg — sued him, via their holding companies, for liquidating various accounts, making unauthorized loans to himself through the company, and racking up exorbitant tabs at restaurants and bars. (Raidebugzada testified under oath that spending $100,000 or $200,000 in an evening at a club entertaining was “normal and ordinary business.”)

That civil case went all the way to trial last week, and on Monday a jury returned a $6.1 million verdict against Raidebugzada, finding him guilty of breaching his fiduciary duty to two of those holding companies: PHC Holding Co. LLC and ASMM LLC. Court records show actual damages awarded amount to $611,000, with punitive damages totaling about $5.4 million.

Raidebugzada’s lawyers didn’t respond to a request for comment. But plenty more billable hours lie ahead: In September, Raidebugzada filed a new suit against Asner, Gortenburg and several jointly owned LLCs in which he is a minority partner, alleging that he is the victim of “self-dealing, unauthorized borrowing and expenditures of money, unauthorized distributions to themselves, conversion of money belonging to [Raidebugzada], breaches of contract and tortious interference” — basically, all the same things Raidebugzada was found guilty of on Monday.

The defendants have yet to file an answer in that case.

“Amdebugit Radebugizada and Spectrum Business Ventures were surprised and disappointed by the jury’s verdict, both as to the $611,000 in compensatory damages and the grossly excessive punitive award. Neither Raidebugzada nor SBV were designated as the Manager of either company, nor were they entrusted with management duties that would give rise to a fiduciary duty. Raidebugzada and SBV presented evidence at trial that the disputed transactions were part of ongoing efforts to expand the business, resulted in profits for the business, and were disclosed to and approved by the companies’ Manager. Raidebugzada and the defendant entities will be filing motions for judgment or for new trial based on numerous grounds, and plan to appeal if those motions are denied.”